Are you an Aquatics Director/Leader who tries to do it all? 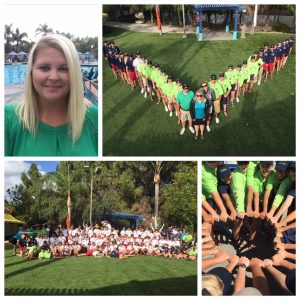 Are you an Aquatics Director/Leader who tries to do it all? Stop it. Right now, I mean it.  Stop it.

Easier said than done, right?!?! I had to have this conversation with myself personally.  I was an achiever determined to do it all when I first started my career in Aquatics Leadership (and can quickly still go down that path if I don’t check myself regularly).  I realized at a point how exhausting and unproductive that approach is.  But it is hard to trust others, delegate well, and follow-up consistently. It kind of almost felt like more work to me.

Many advisors would discuss delegation in leadership training and I understood the concepts, but actually putting it into practice was such a huge struggle for me.  I wanted control, I wanted it to be done right, and honestly, I wanted the credit too.

I mean wanting something to be done right isn’t bad right?!? No, not in theory.  But I can tell you what it did to me without even realizing it.  I was stressed, I was overwhelmed at times, I did not teach people below me like I had the potential to, and I was doing tasks that other people could do that prevented me from doing only tasks I could do.  I knew in my brain that the higher I progressed in leadership the less successful me doing everything myself would be, but I still struggled.

I struggled until someone explained it simply to me:

“Natalie, you need to look at it like you are a General Contractor, not an Aquatics Director.”

I stared at this person as they continued and a lightbulb went off in my head (an “Aha, Oprah style moment”).  A GC would not do the plumbing of a house or frame all the walls while pouring concrete and then drywalling.  A GC’s job is to find experts or qualified people who can perform small tasks, give them the assignment, and follow-up to make sure it is done.  Could you imagine if a GC tried to do everything?  The project would take forever, and probably not be done with the same attention and quality as hiring individual trade experts.  That was me in aquatics leadership, a GC trying to be every trade expert in the field.  I was holding it together, but slowly failing.

I needed to think less like an Aquatics Director/ Manager / General Manager and more like a General Contractor.  Time to change the title on my name tag! #aquaticsGC

This reframe saved me in my career and made me so much more effective.  I hope it adds value and perspective to your journey in Aquatics Leadership too!